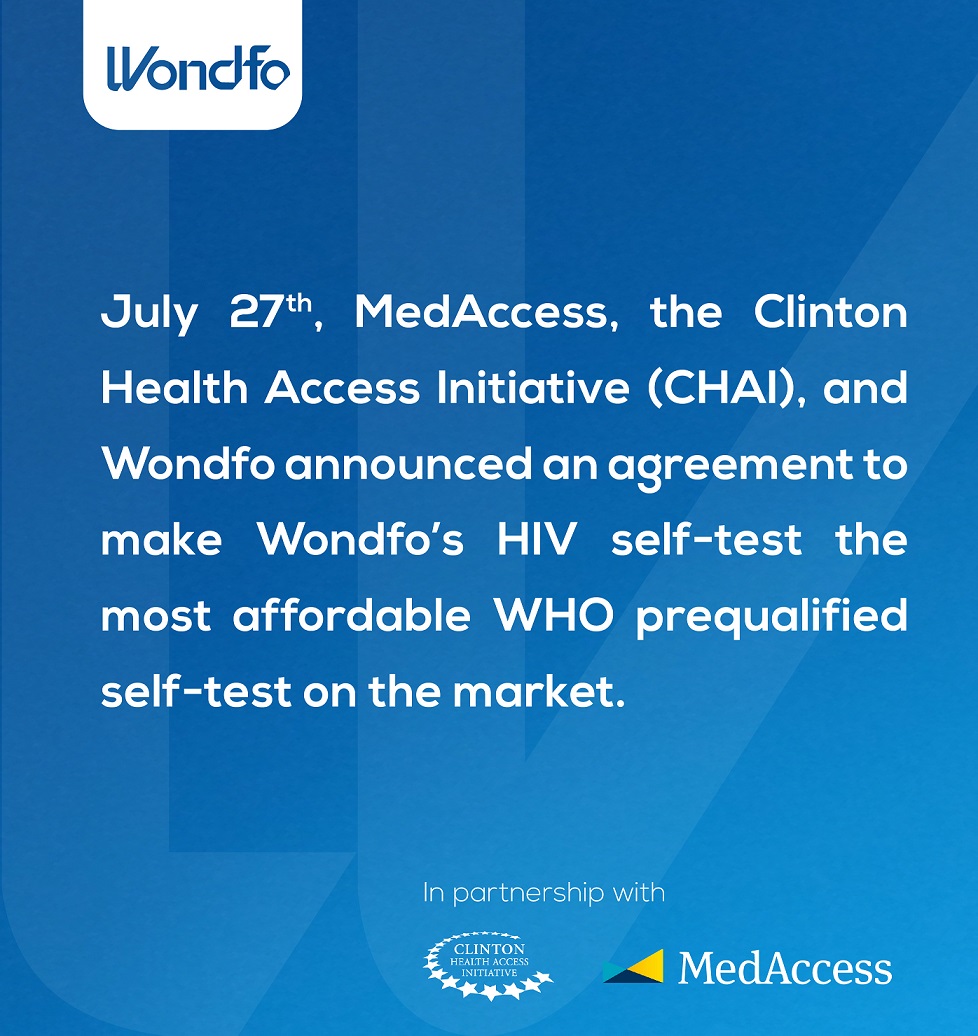 HIV testing is the cornerstone of treatment and prevention. It is estimated that about 1/5 HIV carriers are undiagnosed, meaning that they are not on treatment, at risk of advanced diseases and able to pass virus on. WHO published guidelines on HIV prevention, testing, treatment, service delivery and monitoring and recommends countries implement self-testing.

In 2002, Wondfo developed and launched our first HIV test followed by more HIV tests being launched with R&D. Wondfo’s HIV solution has been applied in over 50 countries worldwide, being widely appreciated. Regarding the partnership, the HIV Self-Test, adopting immunochromatography, enjoys simple operation and short turn-around time. With 3 simple steps, accurate result is delivered in 15 minutes, making it a good fit for HIV at-home testing and monitoring. Moreover, distributing HIV self-test in healthcare facilities can reduce the burden on providers. 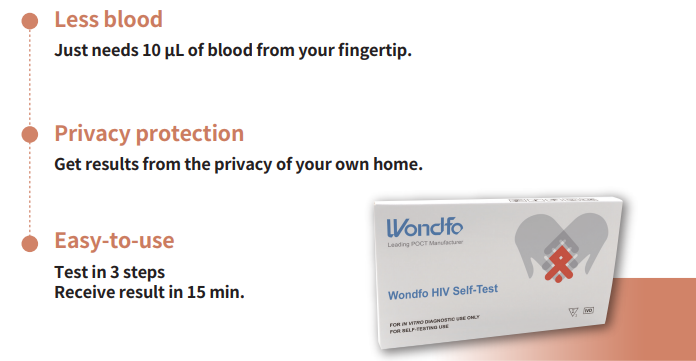 HIV Self-Test Will Be Accessible to Another 8.1 Million People

Lately, Wondfo HIV Self-Test is prequalified by WHO. For welfare of more people, Wondfo, together with MedAccess and CHAI, will offer HIV Self-Tests at US$1 to low- and middle-income countries and regions, aiming at more accessible HIV Self-Testing globally.

On the basis of long-standing support for HIV self-testing from multiple official institutions, the project by MedAccess and CHAI through this partnership with Wondfo will increase testing and treatment coverage and have an estimated 8.1 million more people accessing HIV testing. 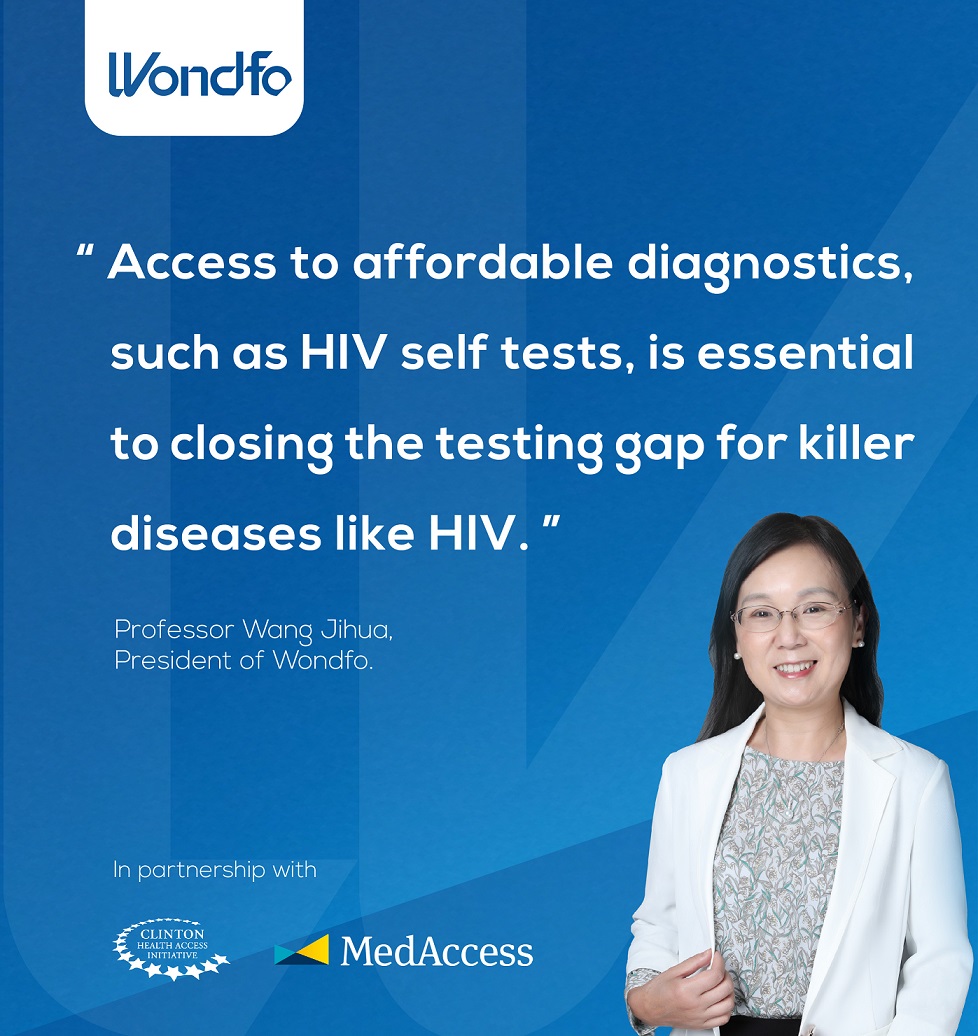 As 2022 marks the 30th anniversary of Wondfo, we will continue to be devoted to research and innovation in IVD industry. With comprehensive products and services, we have been and will always assist in HIV control worldwide, to jointly achieve the goal of ending HIV/AIDS by 2030.