Home/News & Press/Wondfo News/National Appreciation | Wondfo Assists in AIDS Control
National Appreciation | Wondfo Assists in AIDS Control
Racing for Life HIV
On October 10, 2022, in Wondfo was successfully held the awards ceremony of the AIDS Prevention and Control Center by the Healthy China Engineering Management Committee. Yan Xiaozheng, director and secretary-general of the Healthy China Engineering Management Committee, delivered a speech at the scene. As the establishment of the center marks an appreciation of Wondfo Biotech’s constant efforts in AIDS prevention and control with technologies, Wondfo, by the chance of Healthy China Initiative, will comprehensively carry out AIDS awareness raising, intervention and testing. With a robust panel of HIV screening tests of triple sample types—blood, saliva, and urine—we strive to make it applicable to diagnose AIDS infection in multiple scenarios. In this way, we practically facilitate AIDS prevention and control domestically. 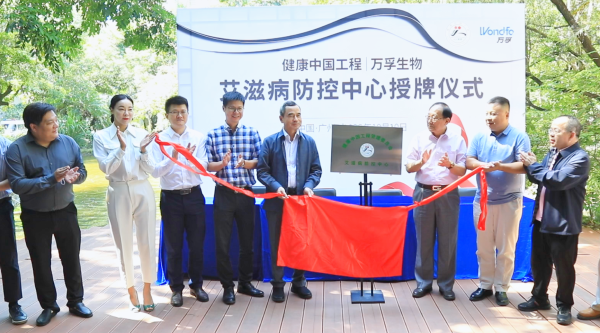 In order to facilitate deployments of the CPC Central Committee and the State Council and to realize the sustainable development goal to end AIDS by 2030, 10 departments including the National Health Commission jointly formulated the Plan for Curbing the Spread of AIDS (2019-2022). It requires further progress in six major projects including comprehensive awareness raising of AIDS prevention, expanded testing and treatment, comprehensive social management, elimination of mother-to-child transmission, and AIDS prevention education for students. 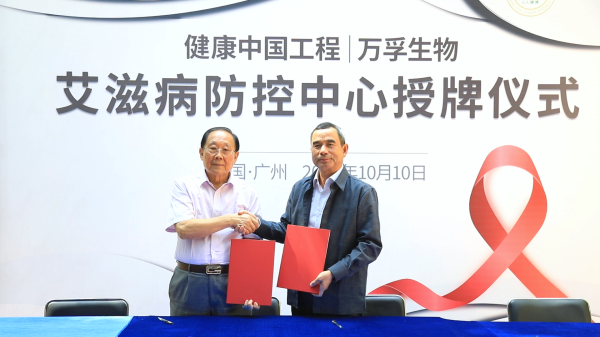 On the context of the establishment of the AIDS prevention and control center, Wondfo Biotech will form a panel of AIDS rapid tests of triple sample types (covering blood, saliva, urine) with existing platform and products. In this way, we make HIV testing “within reach” through awareness-raising publicity, intervention and testing, broadening channels for consultancy and emergent testing.


As early as 2002, Wondfo launched the first HIV test, and then continued to enrich HIV tests with scientific research and innovation to support the global AIDS prevention and treatment. Relevant technical achievements and products have been widely recognized and used in more than 50 countries and regions around the world, safeguarding health of hundreds of millions of people.

On November 29, 2018, Wondfo HIV Test (for professional use) was prequalified by WHO; then, on July 13, 2022, Wondfo HIV Self-Test obtained prequalification, too. The performance of Wondfo HIV tests and the corporate quality system have been recognized by the WHO. 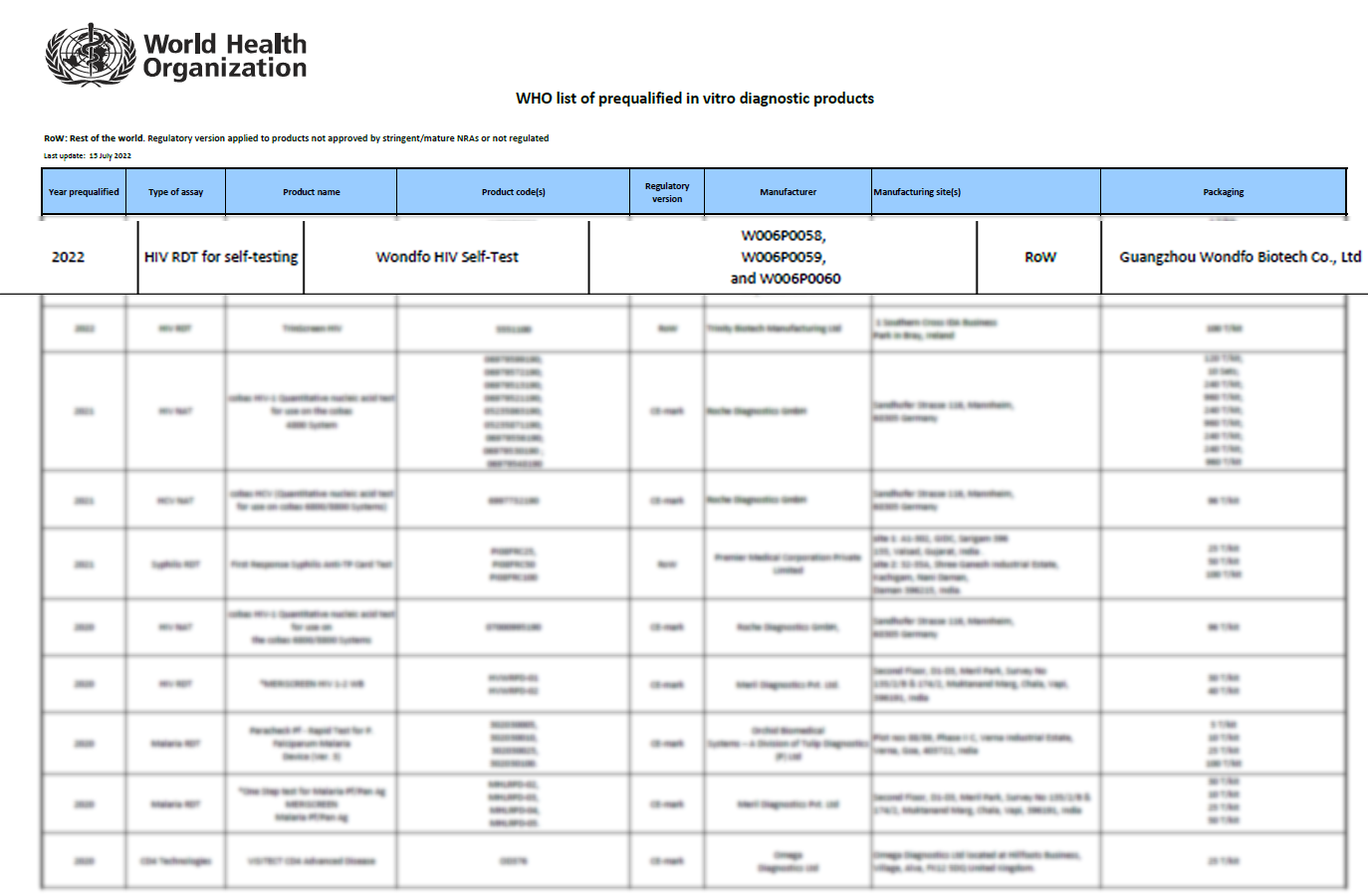 △ Wondfo HIV Self-Test was prequalified by WHO

Fueled by innovation, Wondfo Biotech keeps in mind the original intention to provide the public with products of cutting-edge technologies and to support the global AIDS prevention and control with better products and services. In this way, we will jointly achieve the goal to end AIDS by 2030. Racing for Life.